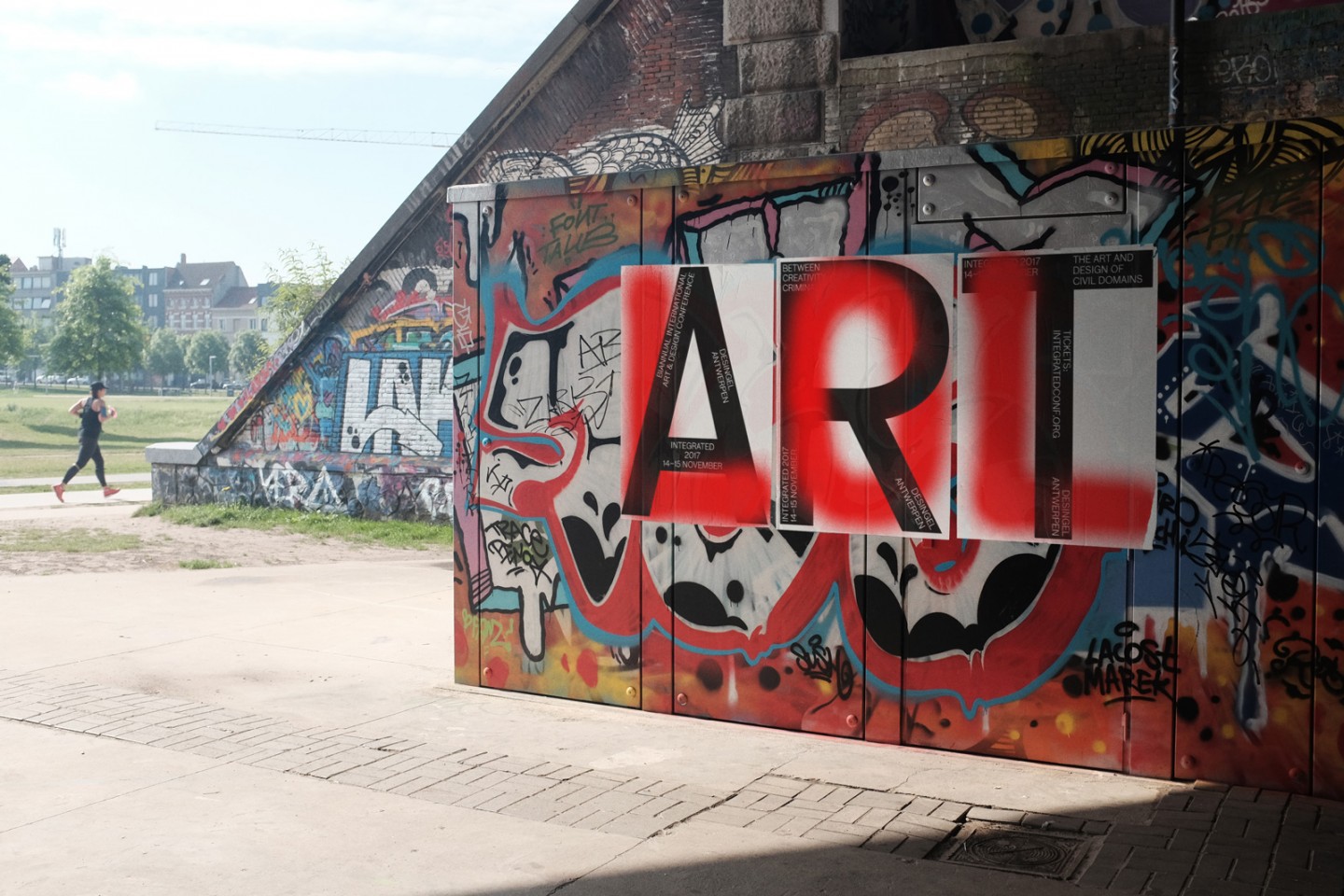 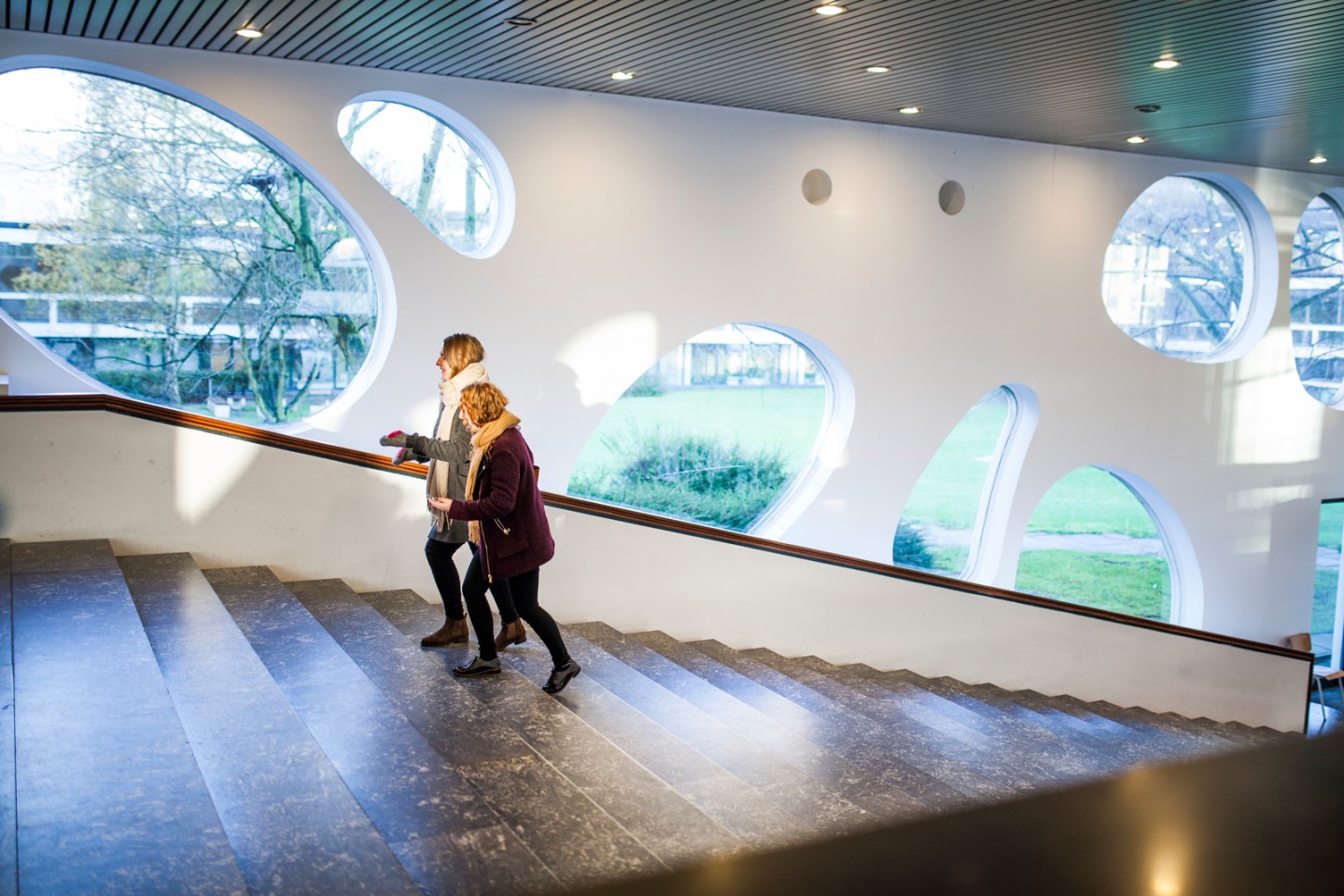 BETWEEN CREATIVITY AND CRIMINALITY:
THE ART AND DESIGN OF THE CIVIL DOMAIN

INTEGRATED 2017 is the sixth edition of the thought-provoking conference format organized by St Lucas School of Arts Antwerp. The biennial event offers a platform for the compelling dialogue between art, design and society, and digs deep in the polemics of this discourse. It is a forum where speakers, students and professionals can compare their work, design processes, sources of inspiration and methodologies.

The 2017 edition focuses on the art & design of the civil domain, an ambiguous third space between market and state, where innovative design ideas, both physical and virtual, are more than often incubated in a grey zone between legality and illegality.

Are you a designer, artist, creative, or a de facto criminal? Join the discussion on 14 & 15 November at deSingel in Antwerp, Belgium.

During Integrated 2015, cultural philosopher Lieven De Cauter told the public to go and take a hike with his closing act entitled ‘Fuck Format’, a clenched quote for which he didn’t even require 140 characters. De Cauter was referring not only to the tyranny of the concept an sich, but also to how our way of thinking is being indoctrinated by predefined and fossilized paradigms and world views. Like the TINA slogan: ‘There is no alternative.’ In other words: vote, shut up and endure.

Nevertheless, despite what populists would like us to believe, there are alternative and possibly even more radical ‘groundswells of opinion’ noticeable, not seldom artistically inspired. Citizen initiatives, for instance, occupy an increasingly significant place in society. These are movements that emerge because an authority has (still) not developed a policy for them or because a market has (still) not seen the point of them and is therefore waiting. This civil terrain, also called the ‘commons’, occupies as it were a third space between market and state, and it does so under various guises (mental, physical and virtual), and that’s why it also often finds itself in a grey zone between legality and illegality. Because whoever launches a citizen initiative or claims civil rights doesn’t yet know whether they will be agreed to or not. Will an authority accept and regulate them, or will it work against these initiatives, sabotage them or even criminalize them? To be clear: civil actions are not simply criminal, but they precede the distinction between legality and illegality. That’s why it also always involves risky behaviour. The civilian who sticks his neck out, demands something new or sets up an organization puts himself on the line and runs the risk of never being recognized and even of never achieving his social position or losing it for good. It thus requires courage, and the social media also play a crucial role in this everyday struggle, for better or worse. Because online sharing is often synonymous with online lynching.

Integrated 2017 wishes to explore and shed light on the dynamics of this border area. Because citizen initiatives (whether indi-vidual or collective) not only make abundant use of design and artistic strategies as well as technology to boost their ideas, but they are also often initiated by designers, artists and architects. In Spain, for instance, the architects of Recetas Urbanas ‘illegally’ built a school on forbidden land, but where the population ‘legally’ needs it. In Croatia, DJs, theatre-makers and visual artists have taken the initiative to challenge the construction of a shopping centre and to block the privatization of motorways. In Belgium, Hart Boven Hard rests in part on the cultural sector, and ethical hackers can make hidden facts public on a global scale.

But the activism doesn’t have to take place on a political level exclusively. New tools and services are being developed, and from a commercial perspective too people are increasingly seeking the limits of the civil domain. Were Oliviero Toscani’s controversial photos for Benetton in the mid 1980s a sign of social engagement or merely an extremely clever advertising stunt? And what to think of the so-called ambient screens that, in cities around the world, are shaping a transnational public space? Is this merely visual ‘pollution’ of the public domain, or are they generating evocative settings for civil actions? The discussions generated by both ambient screens and Toscani make it clear in any case that they too are steering a course in a highly ambivalent area be-tween the public and private spheres, between commitment and commerce.

But there is also a darker side. As we have recently seen, some movements or actions are simply being hijacked for undemo-cratic political purposes. We all know now that fake news is disseminated among others via fake sites, a powerful instrument in the hands of ruthless, lying propagandists to influence public opinion, to indoctrinate people.

Nevertheless, this involvement of citizens is a source of hope. It also offers another dimension to the concept of ‘undertaking’. Because that is also ‘activating’ and moreover this type of undertaking is not being done here by traditional entrepreneurs, but by a range of actors, also and especially in the social and cultural fields. Services, products and tools no longer simply emerge be-cause they should support a growing economy, but also because they want to break open and reuse an occupied environment. Brussels-based Rotor Deconstruction, for instance, recuperates material from abandoned modern constructions, then reuses it in new constructions and further researches how new solutions can emerge from old ones. Graphic designers are also at work making complex cities and information systems more understandable, more navigable. Well-conceived information design also erects a dam against a soured society.

It is precisely this border area that interests Integrated 2017. What aesthetic does it generate and what positions do designers, artists and architects occupy in this? What is their language –not rarely devoid of humour– and what design and artistic strate-gies do they use? How does this civil domain get designed and shaped? We call this border area the terrain between creativity and criminality, because it often involves creative and highly innovative initiatives that don’t yet have a legal status. But it is also about a new aesthetics which –whether minimal or eclectic– falls into the undecided area between art and kitsch, artistic
and political engagement, social and commercial design. 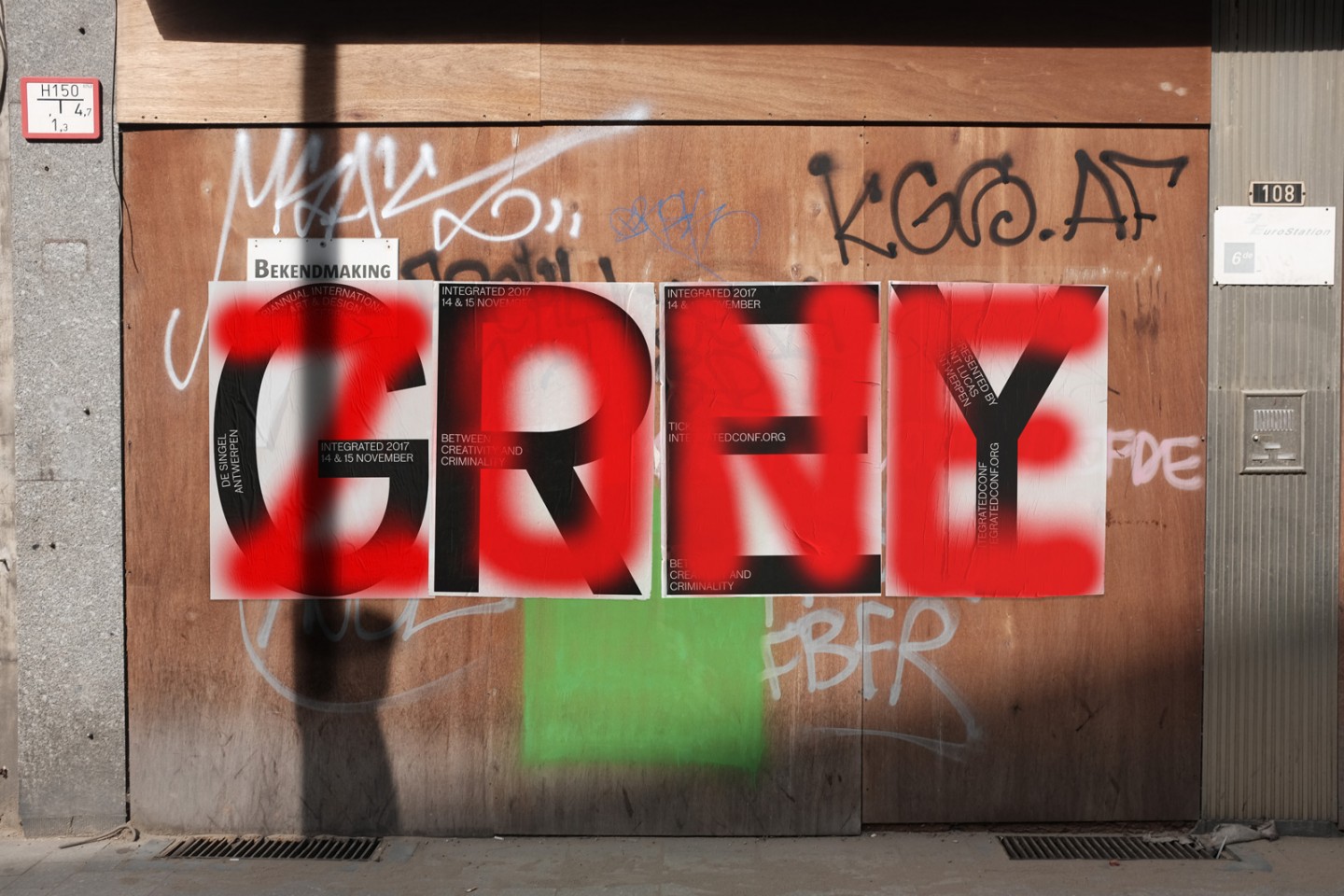 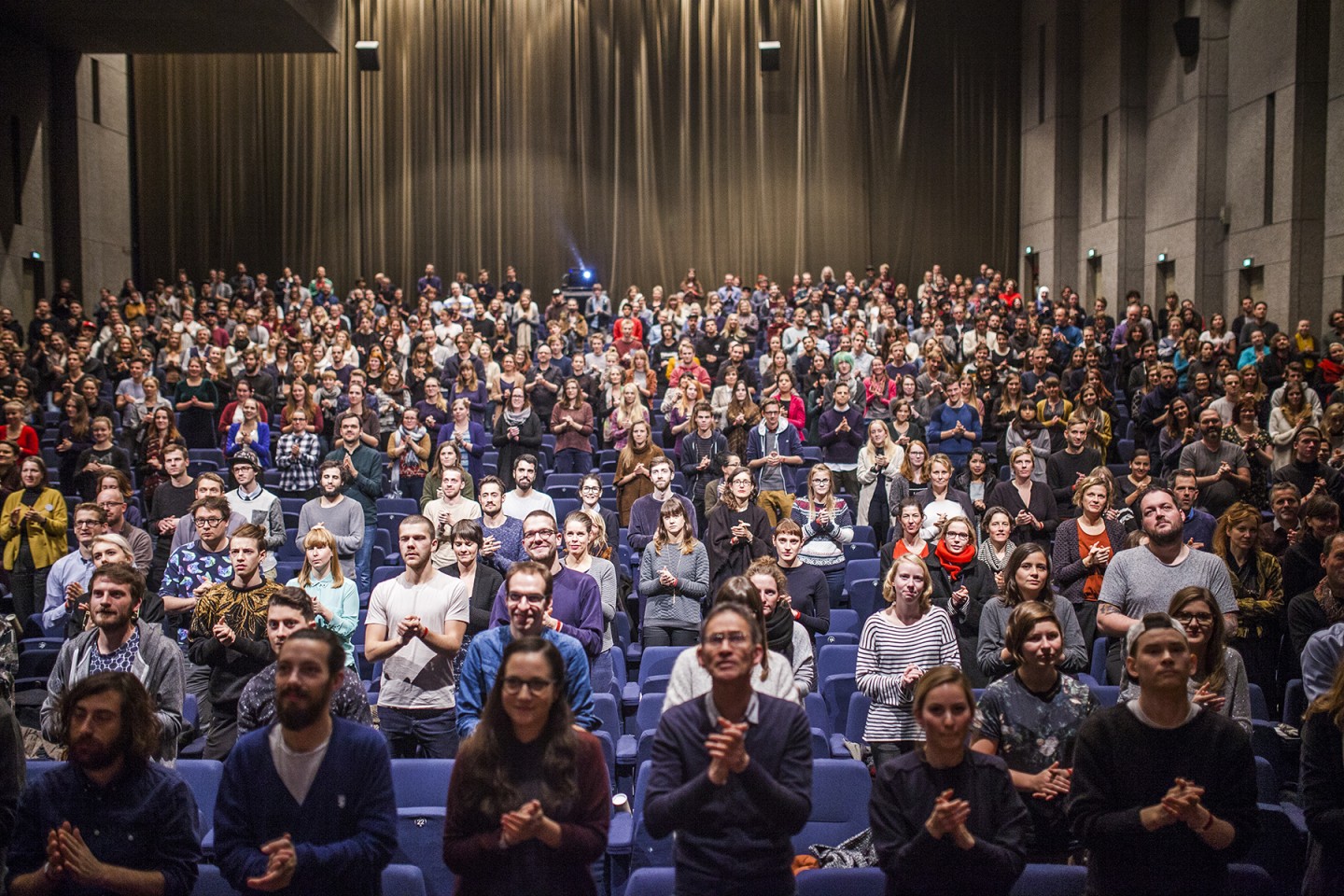 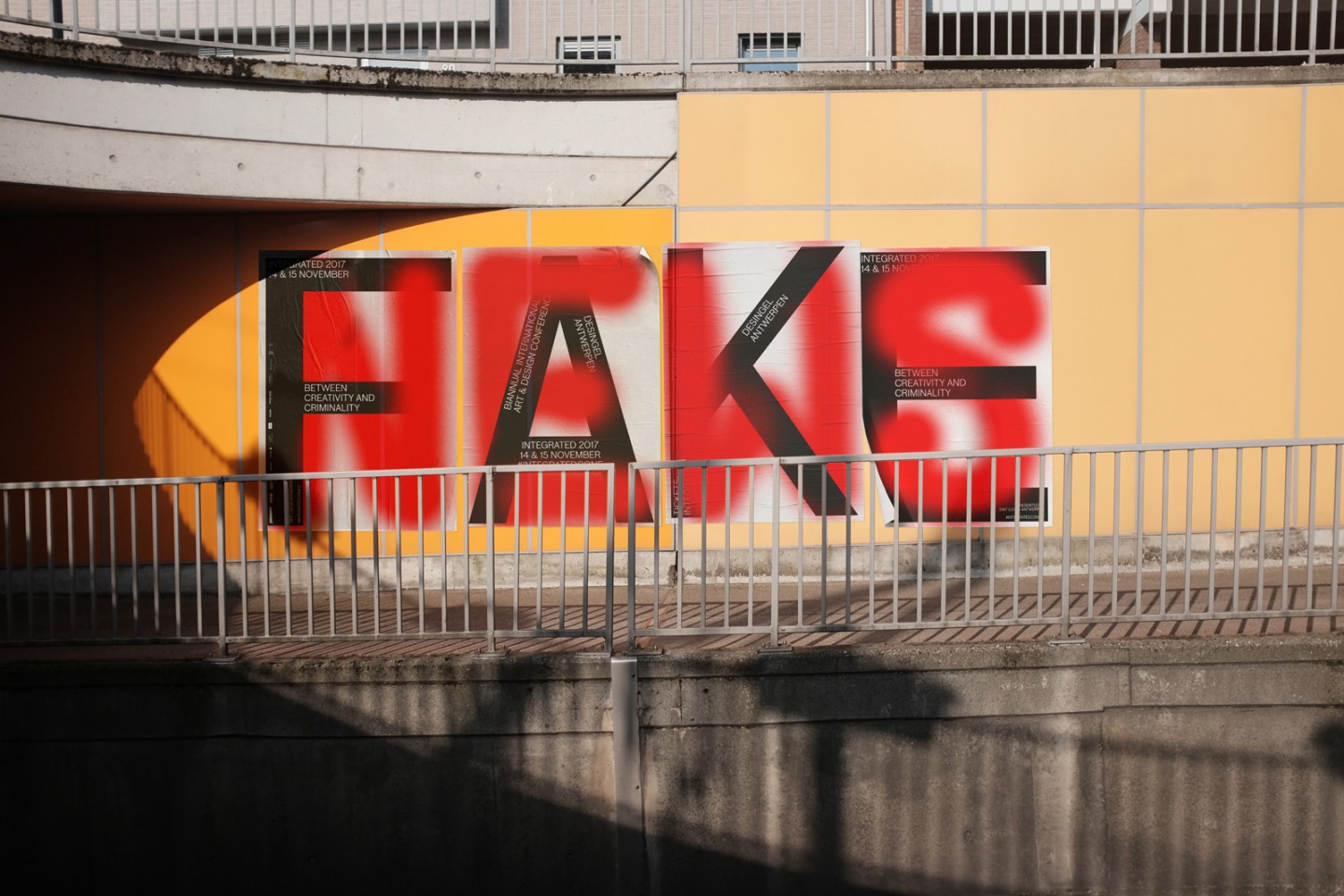 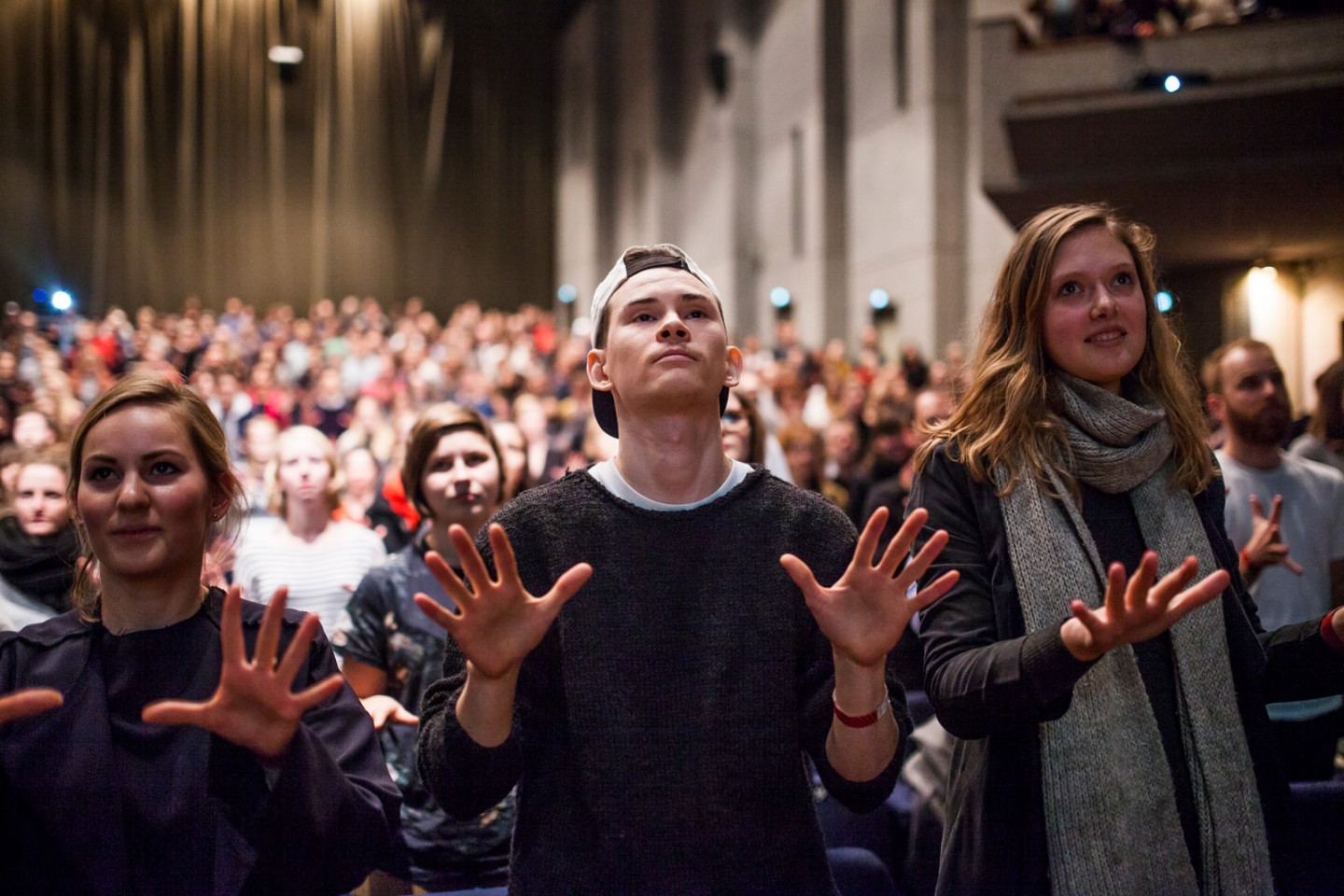 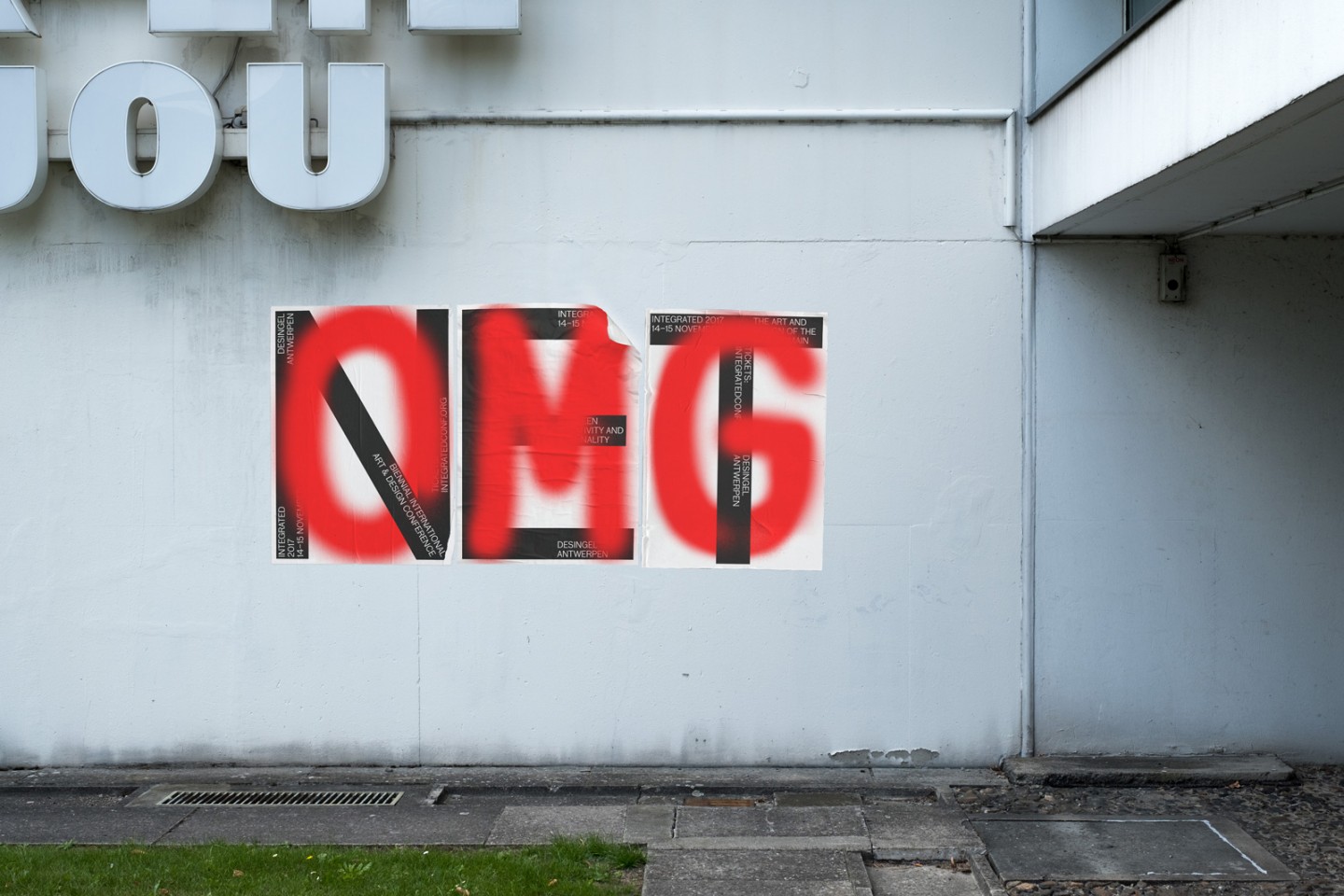 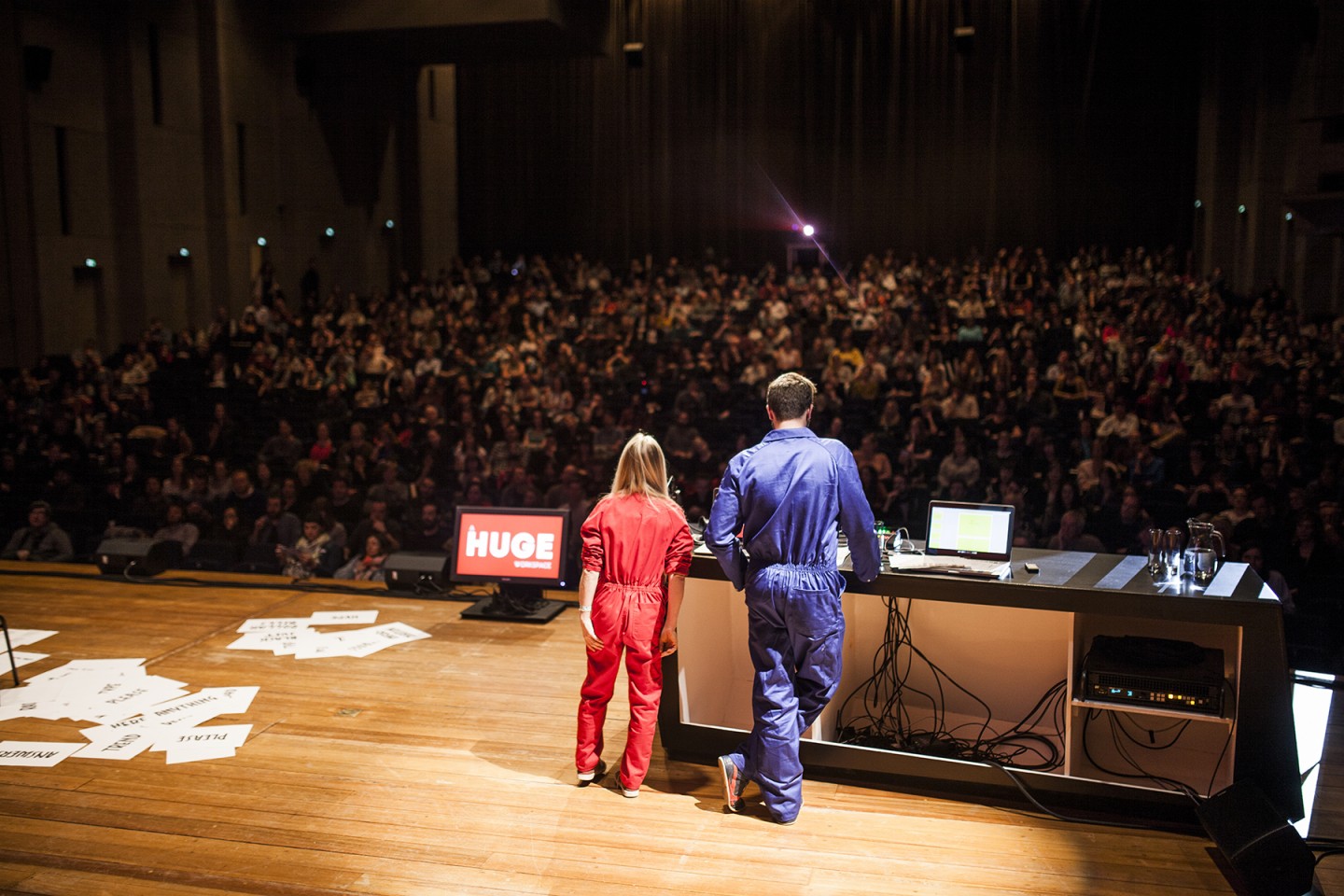 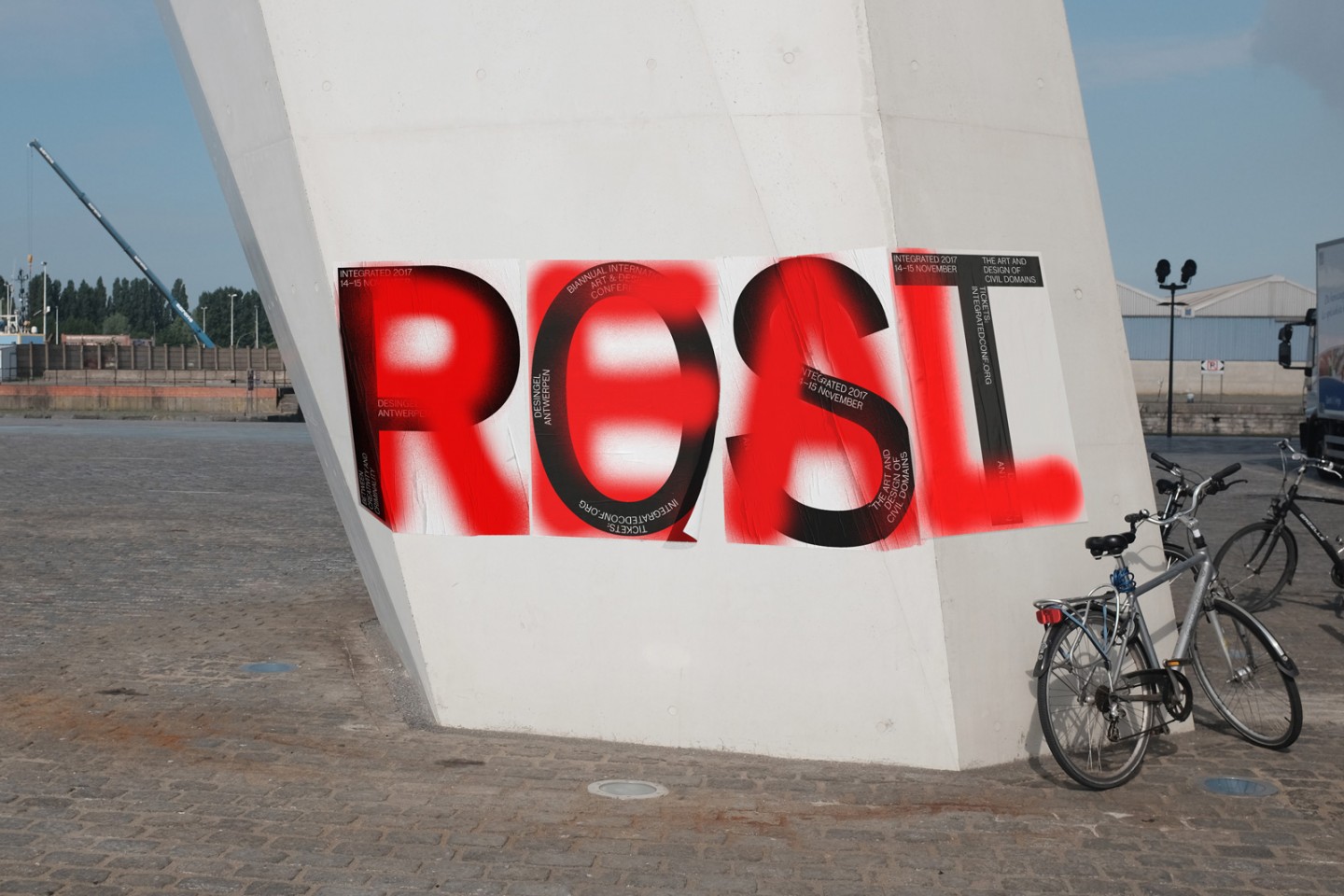 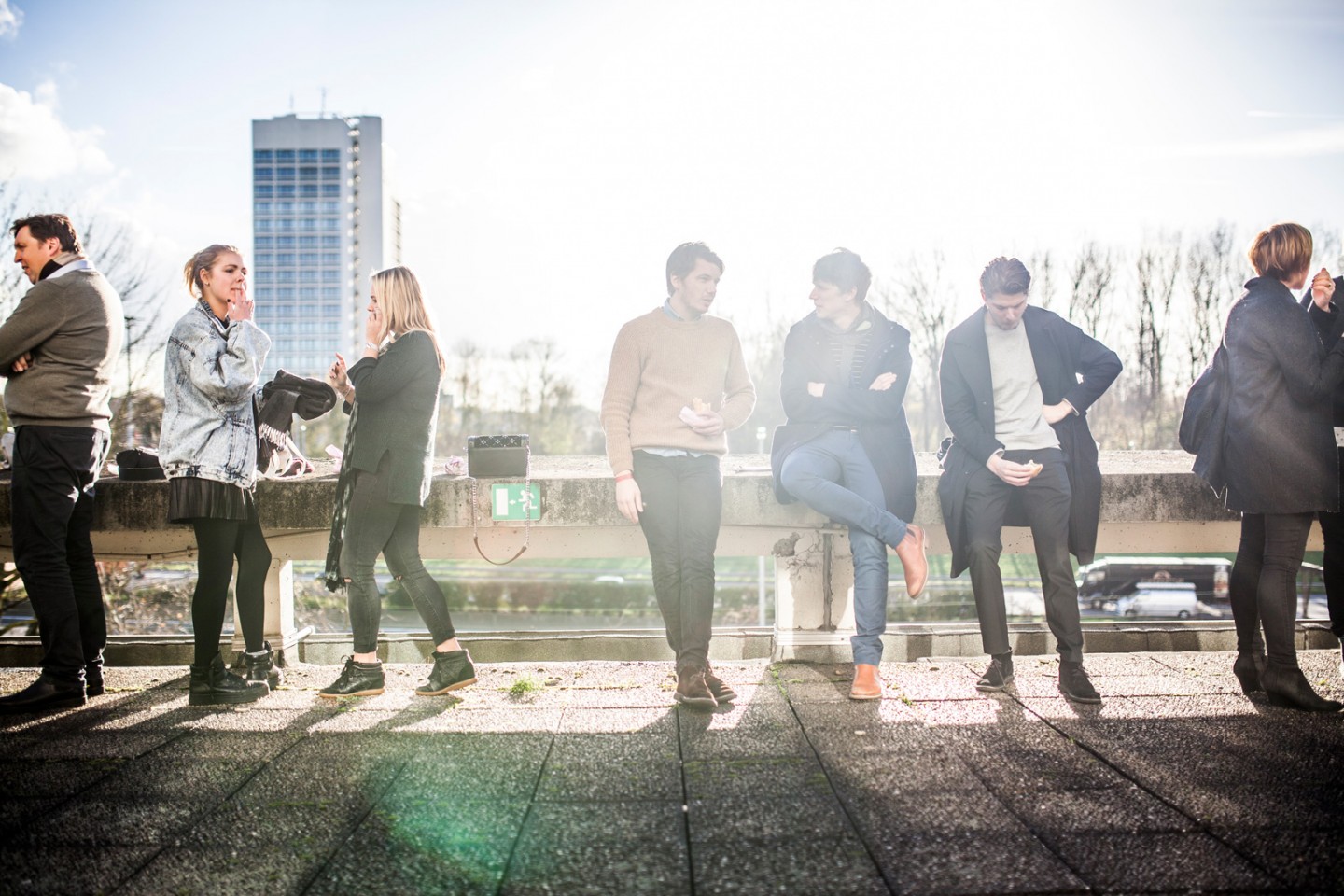 Integrated is a non-profit organisation. Entrance fees are kept as low as possible and lecturers compensated fairly. Tickets are only sold for the two-day event only, lunches included. Tickets are sold exclusively through the website of the deSingel venue. A confirmation email will be sent upon payment and tickets will be posted to your given address. All ticket prices include 21% VAT. Professionals will receive an invoice upon request. 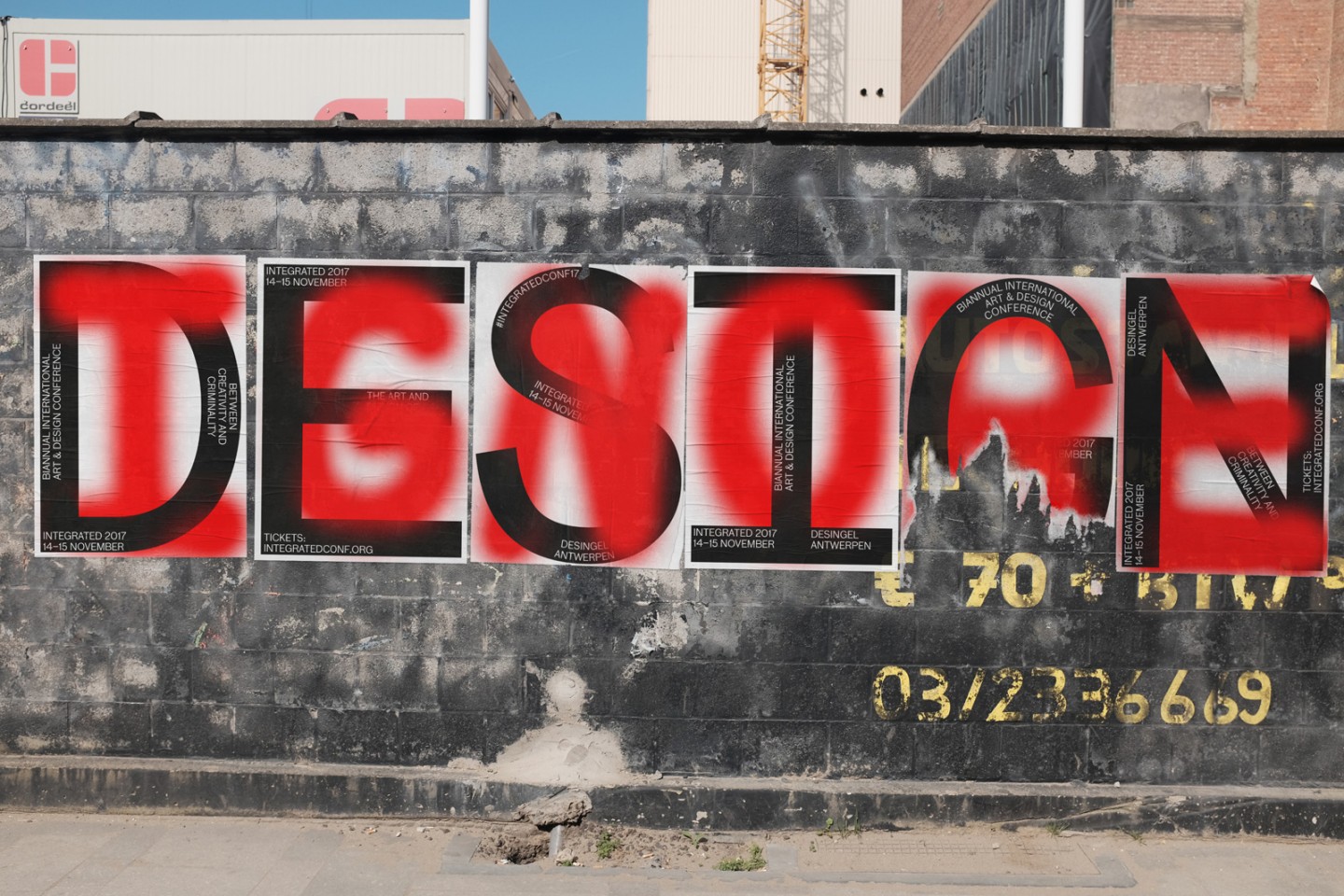 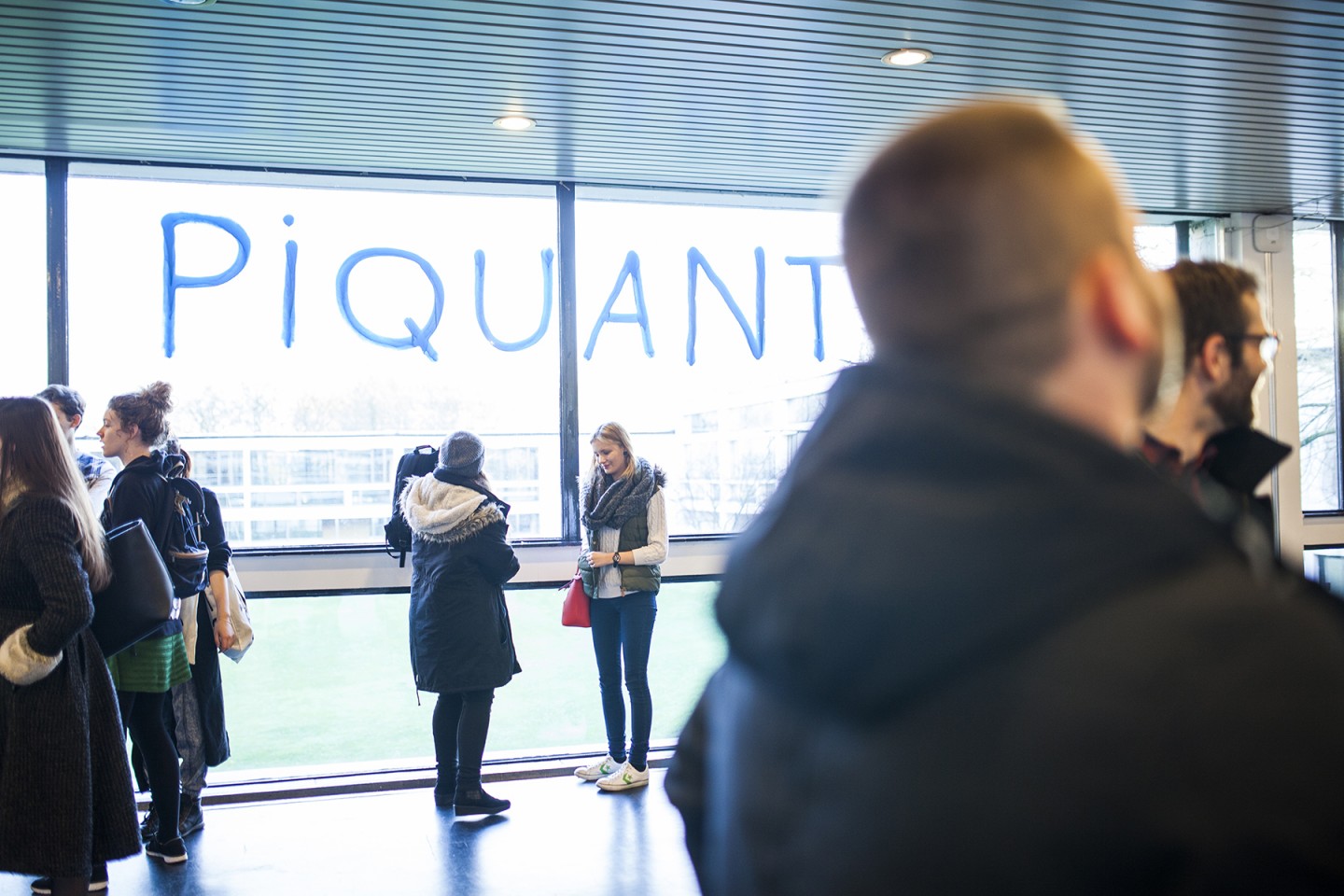 deSingel is an arts center for theatre, dance, music and architecture, meant for a broad art-loving audience. It is a place for contemporary and interdisciplinary interaction as well as for artistic creation, where new trends and insights are challenged. deSingel’s intention is to bring performing artists and audiences together in a climate of critical reflection and pioneering the creativity on the basis of an ambitous international programme.

The Blue Hall (966 seats) is the stage for 8 x 40 minute lectures per day by our main speakers. The program is interrupted by a mini conference-within-a-conference during lunch break, known as YONN. This 'Young Ones National Neographic' intermezzo offers 6 intriguing micro-lectures, innovative student performances, recent graduate projects and/or other visual mayhem per day. 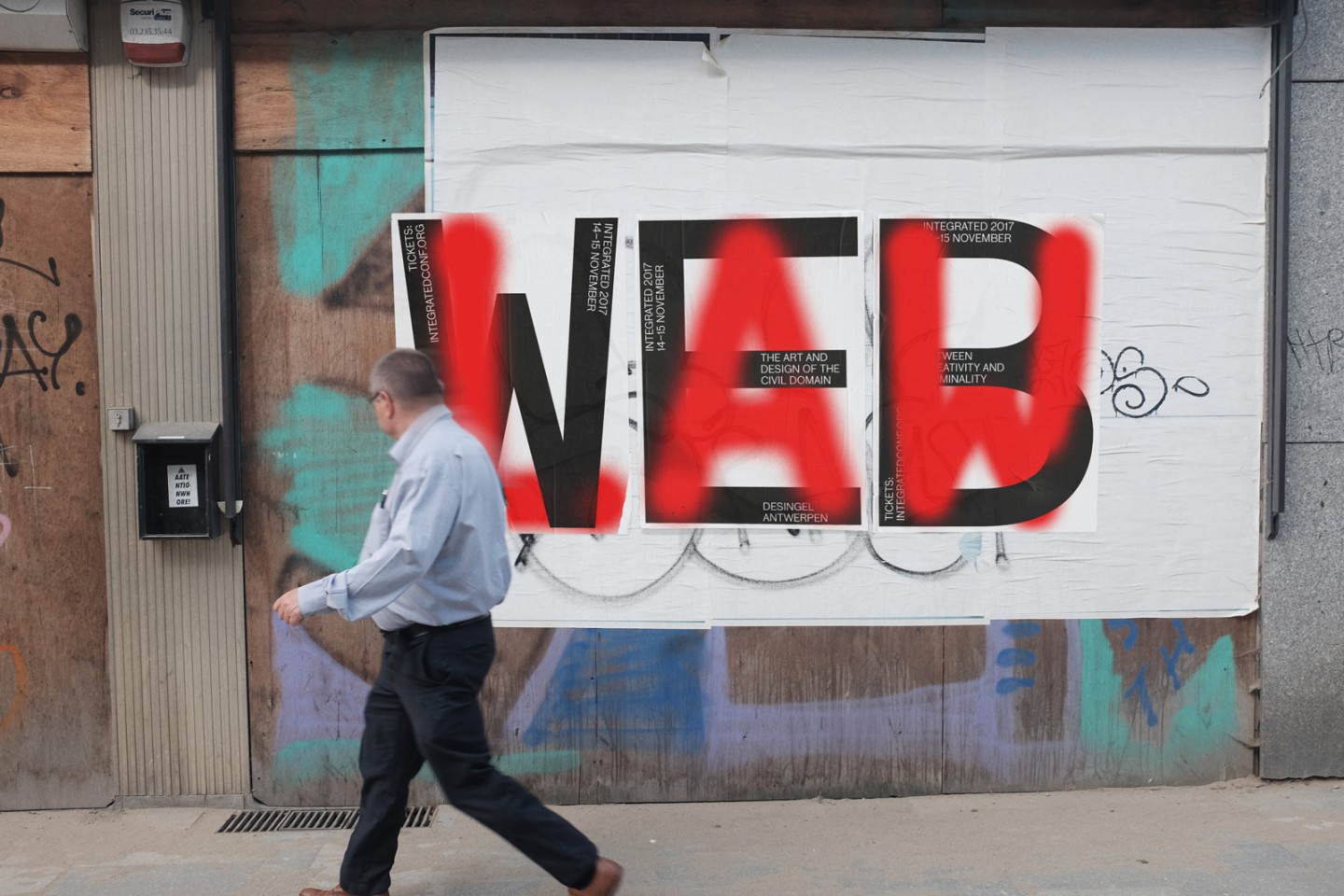 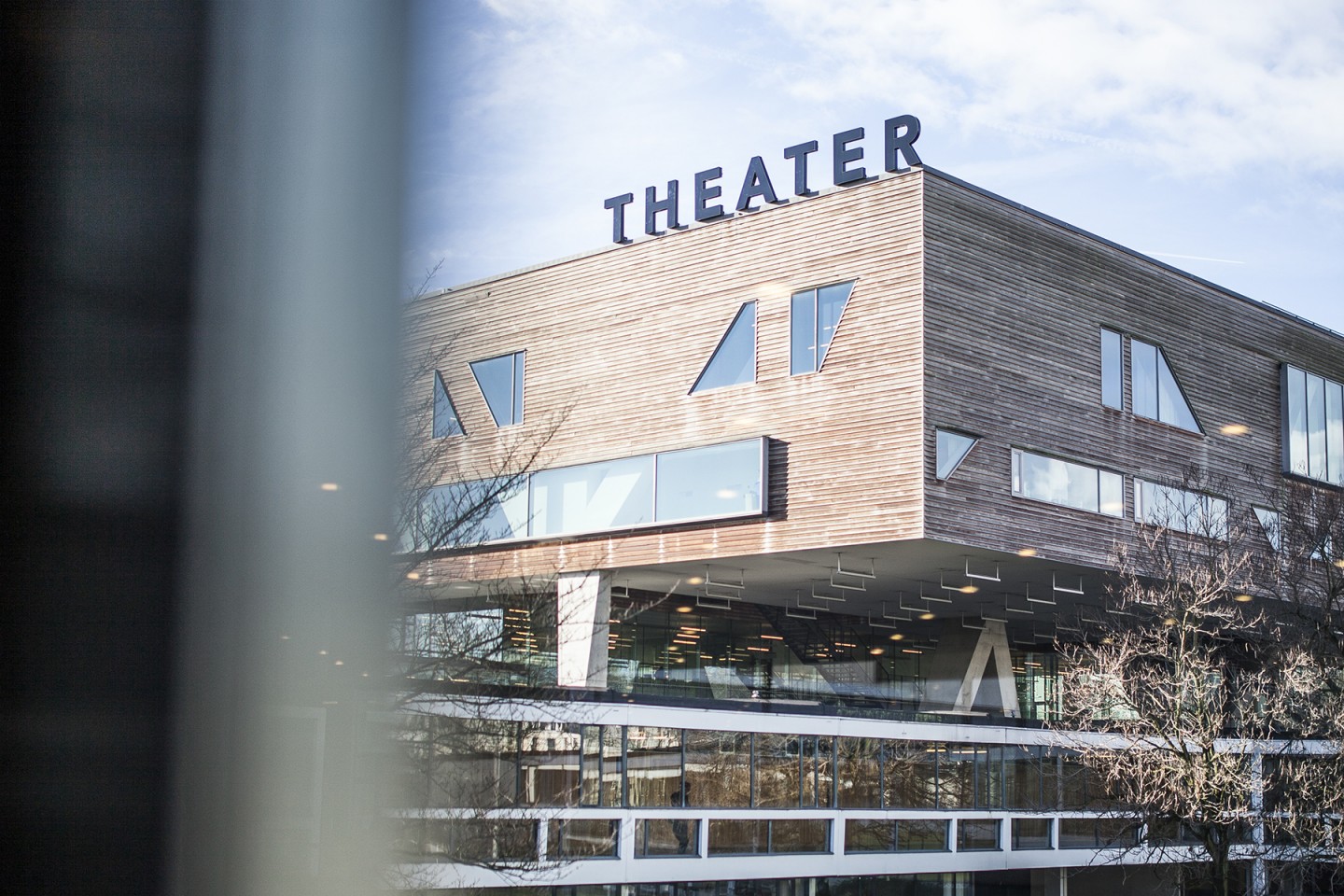